Different Companies That Have Used the Poison Pill Strategy 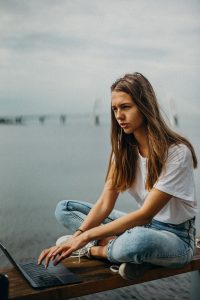 Since its conception in the 1960s the “poison pill” strategy has continued to be one of the most inventive ways for relatively smaller businesses to legally respond to increasingly aggressive moves made by large conglomerates in their bid to buy up companies as they wished. Without these strategies, it would have become impossible to stop conglomerates from exercising their extreme economic power in free markets. This landscape-changing tactic comes in many forms and in many situations in the past company boards have found themselves helpless and forced to use this last-ditch strategy in order to protect their companies’ future. Here are some instances of different companies using the poison pill strategy with great effectiveness.

A major beneficiary of the tech-boom in the early 90s and late 2000s, Yahoo famously found themselves in a poison pill situation when the gargantuan that is Microsoft came knocking on their door with acquisition proposals. They successfully pioneered poison pill strategies both in 2001 and 2008. Since 2008, Yahoo has continued its expansion as an independent company by using different poison pill strategies such as increasing severance packages to its body of employees in the event of future uncompromising acquisition proposals.

The clothing company found itself in a strange situation. The shareholders uncertain of their position in the company were forced to take certain measures such as demanding the separation of the roles of chairman of the company and chief executive officer. Although the company stated their desire to terminate this poison pill tactic, till now shareholder power and integrity in Abercrombie & Fitch has thrived due to their poison pill policies. They continue to implement pressure on the company to curb executive compensations and advance shareholder equality.

Owned by the famous billionaire Carlos Slim, the company was quick to withdraw from the unsolicited acquisition approach of Dutch telecommunication giant KPN in 2013 after admitting that the company’s value would be overwhelmed by the poison pill strategy that the company’s trust board had devised. Instead of acquiring the company, KPN decided to drop their aggressive pursuit and reestablish partnership contracts with America Movil that were scrapped amid the bitterness of the aggressive bid.

In 2013, Safeway the famous American grocery chain implemented a poison pill which allowed their board of directors to allocate new shares to old investors in the event of a company acquiring a stake of over 10% in their company. But the company approved the proposals from Jana Partners (one of the company’s most inimical shareholders) that it should shut down the underachieving stores across the states.

Poison pill tactics are self-shielding policies that enable corporations to hinder unwelcome takeover bids from bigger companies. By executing a poison pill strategy, small businesses and their shareholders can get assurances from big conglomerates that no takeover initiatives can be taken without approaching the board of directors and existing shareholders of the company first.

Since 1960, the poison pill strategy has been used by a number of companies to fight off takeover initiatives by bigger giants. Using this strategy, Yahoo warded off the aggressive acquisition proposals of Microsoft, and continued to be an independent company. Again, companies like America Movil and Safeway utilized poison pill as a self-shielding strategy.