All You Need To Know About Swallowing the Poison Pill 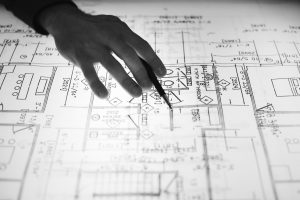 When small companies face the risk of being taken over by a hostile conglomerate, contingency plans become their last resort. These contingency plans being the last efforts to save a company’s or its shareholder’s sovereignty can often border on the extreme – hence such strategies are not the usual norm and only a handful of companies have dared to deploy them in the past. This apparently extreme measure aimed to preserve control of a business is referred to as the ‘shareholder rights plan’, but its nickname – ‘poison pill strategy’ is the one more prevalently used.

These “poison pill” strategies became prevalent in the 70s in the United States, when Supreme Courts headed cases that supported companies that used this kind of strategy. Since then, a lot of companies have adopted and used these tactics.  Discussed below is all you need to know about companies swallowing the poison pill –

These strategies have several possible advantages. As a lot of advocates of these plans have suggested, the mere existence of such strategies in company policies can act as encouragements against potential hostile takeover bids, as practical potential acquirers possibly will know the existence of such plans and be wary of the risks associated with them. Poison pill strategies can –

Side Effects of the Poison Pill

Adopting poison pill policies can also destabilize a company in certain situations. By adopting a strict poison pill strategy, a company can find itself facing the risk of –

Although they are unquestionably powerful, these poison pills must be considered with great caution. They can either make the acquisition efforts of an unwanted acquirer difficult and expensive or they cannot go as planned, and their mere existence can turn displeased shareholders to a path of aversion from the company.

The poison pill strategy has been used by small companies as a last resort against hostile takeovers. There are many advantages of the poison pill such as dissuading group of shareholders, increasing the offer for the proposer company, and so on. However, there can be associated side effects like investor criticism, susceptibility to greenmail, etc.