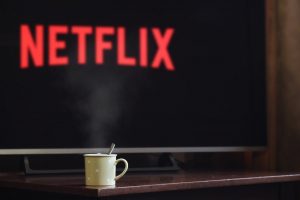 In the November of 2012 world’s leading content streaming service Netflix was compelled to adopt a poison pill to ward off infamous corporate raider Carl Icahn’s attempts to take over the company and make it an appealing bait for bigger conglomerates in the video business such as Microsoft, Apple, Google, Amazon, Verizon and Comcast. Carl Icahn acquired a 10% stake in late October of 2012 prompting Netflix’s alarm bells to set off and adopt a unique ‘stockholder rights plan’.

Netflix and it ‘Stockholder Rights Plan’ in Detail –

Icahn presently owns 9.98% of the company.

From his point of view, he criticised the nature of the poison pill and its activation without shareholder vote, calling it ‘poor corporate governance’. He exclaimed that the 10% ceiling was extremely low, biased and gave the company a degree of inflexibility.

Netflix in its defence stated that their new stockholder rights proposal was not premeditated to block any future friendly acquisition.

Netflix has over 30 million registered streaming subscribers around the world. The TV and movie studios hence want more cash to produce top quality content. However, with competition increasing, Netflix has had to step up from being a streaming service provider with a niche audience that can take low risks and experiment with digital content, into a company that leads the low-cost content production industry. Many of Netflix’s competitors are tech or media giants that have other income streams to back their development and content purchase expenses. Netflix, in contrast, is reliant exclusively on its own core product.

Future of Netflix – Can it Survive another Poison Pill

The growing sentiment of Netflix’s recent activities in the market suggest that although they have avoided one takeover in the past, their financial situation may force them not to take the similar step again and sell the company to a titan corporation such as Amazon.

With share prices as low as $314 and the loss of 130,000 subscribers in the USA — the consequence of increasing prices and competitors making as good if not better content.

A poison pill is a commercial self-protective device that the board members of the company launch to dilute the title shares of a hostile purchaser in the event of an aggressive takeover. While Carl Icahn’s predatory moves may have been successfully snuffed out and defeated with the help of the poison pill, in the future when even bigger forces attempt to buy the company, the board may not have any other option but to sell.

Netflix survived a hostile takeover by Carl Icahn in November 2012, through its poison pill strategy, which involved introduction of a stockholder’s rights plan. This plan bailed out the company by making takeovers excessively costly through flooding the market with shares. However, it is questionable whether the company can survive another poison pill in future.