Does the poison pill strategy bring in litigation uncertainty? 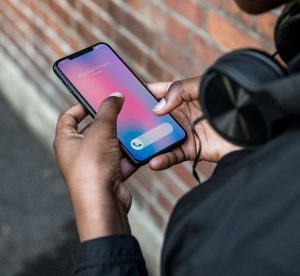 As hostile takeovers became a seemingly common and acknowledged part of most capitalistic business practices, the over-all belief during the rise of these conglomerates was that occupant management can take no action whatsoever in order to effectively prevent an unwanted and hostile takeover. The only available defensive mechanism for these businesses was the poison pill. However, the crux of the matter is that these poison pills came as a mixed blessing, leaving a big question that will be discussed below – does the poison pill strategy bring in litigation uncertainty?

The uncertainty that looms around the circumstances in which an administration implements a poison pill strategy is rooted in a few main reasons -the pressure that is created due to the implementation of such a strategy forces hostile corporations that are planning to take over a company and the target company’s incumbent administration towards negotiations. In such a case, litigation uncertainty becomes a significant and practical characteristic of the law legalizing these poison pill strategies. Nevertheless, most investigations into such situations either overlook the factor of litigation uncertainty or assume that such ambiguity itself poses a predicament.

Some businesses in the past have sought to resolve this issue by trying to distinguish clear operational guidelines behind such ‘undefined’ situations. A lot of times the conflicting and undefined language of the judiciary has been used to leave such an uncertainty unaddressed. Other businesses in the past have sought to eradicate such uncertainties by proposing in clear and specified terms what appropriate rules they feel is the best to resolve litigation concerns, advancing certain guidelines that need to be followed in the future.

In both cases, the prospect of litigation uncertainty is regarded as both brief yet inconvenient, a gap in the field of company judiciary that needs to be immediately addressed by lawmakers.

The uncertainty concerning poison pill litigation cannot be seen just as a problem that can be solved by taking some mere decisions on judiciary and commercial administrative levels. It needs to be treated as a natural phenomenon, an offshoot of implementing a poison pill strategy that needs to be explained and understood clearly. It has been demonstrated in the past that in some situations uncertain legal standards can possibly help smaller companies function better than under predictable circumstances guided by legal rules. This seems predominantly accurate in the cases of poison pill litigation, where courts of law have proven to be reluctant to articulate rules that will regulate the consequences of takeover competitions yet hold a strong belief that the activities of the partaking companies need cautious judicial investigation.

What the Future Holds

Holding a strict judicial attitude when it comes to investigating the nature in which the takeover bids are handled is valid and justified. This regime of persistent and clear legal uncertainty that crops up whenever such situations of poison pill implementation take place may possibly be the best way for future poison pill regulations that are carefully thought out to be applied.

The poison pill is perhaps the only strategy businesses often have against hostile takeovers. However, this pill is like a mixed blessing leading to some uncertain circumstances, mostly in the judicial or litigation aspect. To face such uncertainty in the proper manner, it is important to investigate the takeover bids with the appropriate judicial mindset.